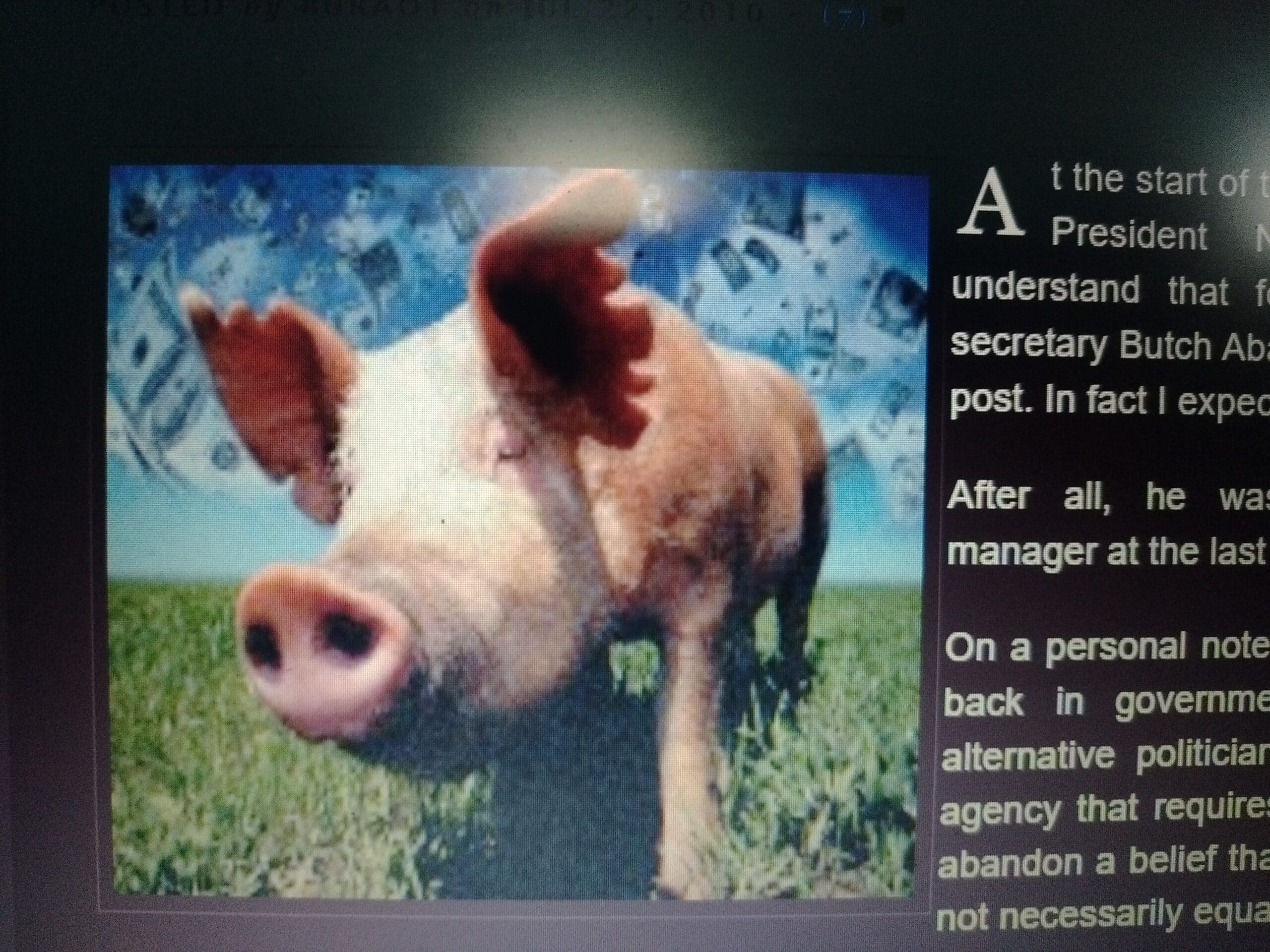 At the start of the new government under President Noynoy Aquino, I do understand that former congressman and secretary Butch Abad is going to have a juicy post. In fact I expected it.

After all, he was Noynoy’s campaign manager at the last election.

On a personal note, I would love to see him back in government. I saw him as an alternative politician capable of running an agency that requires skills without having to abandon a belief that government work need not necessarily equate graft.

I commended him when, along with nine other cabinet secretaries during the time of President Arroyo, they decidedly quit from their posts. I said, “okay.. actually with an political propaganda, someone still knew what word’s meant.”

I am sorry if this post is too short but I have been busy trying to finish my thesis. Hopefully I can find time to write some posts soon.

I had a great time at the conference. I stayed at the hotel where I used to work when I was still working at the University. I remember how much fun we had back then. We were young and full of energy. Now we are old and tired. I hope that we can get back into our groove again.
It made me wonder if it’s about the pork.

Well, the guy must have been modest enough to let others lead the charge and was contented to just bury himself crunching numbers to make sure the nation’s coffers are safe. Besides, the rampant corruption of the previous administration was the core of their campaign. And by making sure our budget is uncorrupted, it is a way to fulfill a campaign promise, is it not?

But there are now four Abad family members under the Aquino administration. And whose jobs are related to government finances. Butch Abad is the Executive Budget Secretary who has the controlling over the pork barrel. His son Luis is the Executive chief of staff of that Finance Secretary, not much clout as it may seem but enough direct access to the secretary. His daughter Julia is the Chief of Presidential Management Staff who oversees the president’s pork barrel, while her husband works with the World Bank who provides credit to the Philippine government. His wife is now the elected Congresswoman of Batanes. While she may be elected and not appointed, she is reportedly set to sit as vice-chair on the Appropriations Committee, a position that also wields power when it comes to budget.

Now I think it’s not just about pork, it’s about skimming the pork.

Naturally speculation and issues of conflicts of interest will be raised. Are they trying to secure government resources for their own? Was the government try to make a pork-barrel highway to avoid oversight? Are they planning to use the “carrot to” win over our House representatives into submission?

If that’s the case, then the whole point of checks and balances in our government lies jeopardy.

It was quite clear that the Aquino presidency has a lot of confidence in this family, and he may have good reasons for doing so. Perhaps majority of Filipinos feel the same way, and would want to look the other way. But our confidence on them and their competence and integrity is not the issue here, it’s the nepotism that we hate.

It lies in the very core of my opposition to political dynasties. Dynasties, like the Abads, may not necessarily be corrupt and bad, but it not only lacks propriety but also takes away opportunities from competent and honest people. It takes away the checks and balances our republican form of government provides.

While our our 1987 Constitution prohibits political dynasties (Article II. Section 26. The State shall guarantee equal access to opportunities for public service, and prohibit political dynasties as may be defined by law), there is no enabling law to clearly define it. And having this bill passed on both of our Houses of Congress and having signed by the President remains a pipe dream. Our national and local political scene still remains.. a family affair.

Besides, having been a nation full of laws but were historically poorly carried out, even for the sake of argument it happens, it would become part of the world’s wonders if it ever was implemented.

So while our employee President Aquino promises to bring transparency to our government, here we see a family occupying posts that apparently limits it and has a particular concern, pork. When he stated not to use sirens because it alludes to power, here is one family consolidating their own. And while he yells in contempt for corruption, this one smells like about to be one.

Let’s curb corruption by curbing out dynasties. Help bring delicadeza in our government.